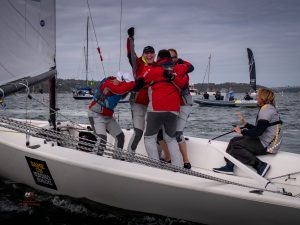 The true spirit of the Invictus Gameas was clear to see on the face of every single competitor! Photo by Hartas Productions

The 2018 Invictus Games is an international adaptive multi-sport event for wounded, sick and injured service men and women.

The word ‘Invictus’ means Unconquered. According to the event organisers, the Invictus Games ‘embodies the fighting spirit of wounded, injured and sick service personnel and personifies what these tenacious men and women can achieve post injury.’

Created by Prince Harry after being inspired by an event for wounded veterans that he attended in the United States, the Foundation promotes the importance of sport and physical activity in the rehabilitation journey of wounded, injured and ill service members and veterans.

It was incredible to see these amazing athletes overcoming their physical and mental handicaps and show the rest of the world the true spirit of the word courage. Hartas Productions was on site to capture these moments of glory, and also was able to snap some pictures of the Royal Patron of the Invictus Games, Prince Harry and his wife as they came out on the water to witness the sailing and cheer for the competitors. 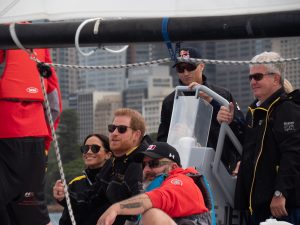 Prince Harry and his wife Meghan Markle on the water at the 2018 Invictus Games. Photo by Hartas Productions

The 4th Invictus Games was held in Sydney, Australia from October 20 – 27, 2018. This year’s event brought together over 500 competitors from 18 nations to compete in a variety of sports, including sailing.

The sailing events were run from the Cruising Yacht Club of Australia with spectators able to view from the Sydney Harbour foreshore near the Royal Botanic Gardens.

There were two sailing divisions held during the games; a team event in the Elliott 7 keel boats and an individual event in Hansa 303s. Each participating nation was allowed to enter up to two teams per sailing event. 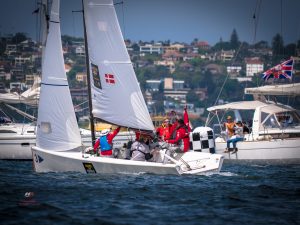 The 2018 Invictus Games was an amazing event where wounded military veterans competed together to show the rest of us the true meaning of courage! Photo by Hartas Productions

The Elliott 7 team even was sailed by mixed crews of 4, with each team being allocated a World Sailing accredited instructor for onboard guidance and safety, bringing the total on-board crew to 5.

The race format was windward leeward courses with either 2 or 3 laps per course. There will be a qualifying stage with the 6 top boats in each division moving to the final medal race.

Overall, this event was truly spectacular. Watching these incredible men and women working together, having fun, competing and excelling was indescribably beautiful. It must also be noted how important this event is for these men and women, and it showed in the way they worked together, celebrated together and every single competitor expressed this to Prince Harry at every opportunity possible. A simply wonderful event, Hartas Productions was proud to capture these moments with the help of Highfield Ribs and Lejen Marine.

You can view pictures from the event by clicking this link.