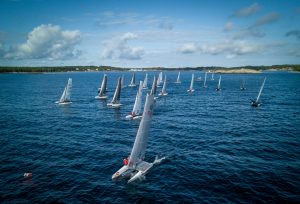 The 2018 Stockholm Archipelago was an amazing race and Hartas Productions was there to capture it!

Who won the 2018 Stockholm Archipelago Raid? All teams of the raid who pushed themselves to the limit, leg after leg, mile after mile through all the islands, rocks and open sea in quite tough wind conditions! And all teams who battled with the teams around them and sometimes gained a point or two and sometimes lost. And all teams who took part in the adventure and made it to the remote islands and skerries where seals and seabirds live. And also all the people of the Race Organisation who made the race so successful, the food so tasty, the sauna hot and the beer cold and the whole experience so nice.

All teams were winners, but some teams were more winners than the other teams. Three teams stood out from the crowd this year: 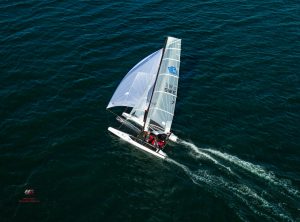 Winners in the mixed class Leff Dahl and Ida Svensson (SWE) who where overall on third place, only a capsize or two from the overall win.

Winners of the youth class Lucy Nissen (18) and Jai Tooley (17) (AUS) who where 5th overall. Considering that they are a very light team in heavy conditions, that they normally don’t sail together, that they haven’t had to navigate to dodge rocks before and that they sailed a C2 for the first time this achievement was outstanding! 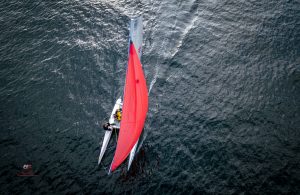 Winners of the Mixed Team in the 2018 Stockholm Archipelago Raid. Photo by Hartas Productions

All other winners can be found in the Final Results. Big congratulations to all of you. Hope to see you back next year!

The Stockholm Archipelago Raid is an incredible long distance race in F18 Catamarans through the 30,000 islands and skerries of the Swedish Archipelago! Follow the action right here@Video by Hartas ProductionsOne Design Center Zhik Inntech