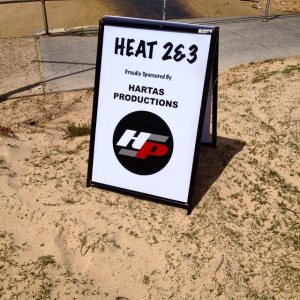 Not only did Hartas Production provide video coverage at the 72nd Sharpie National Championships, they sponsored two of the races as well!

A classic Australian class, the Australian Sharpie is well known for its competitive racing, unique design, and the fun off the water!

Designed as a 3-person sailing dinghy which has evolved from the 12-square-metre class sailed in the 1956 Olympics in Melbourne, Australia. Australian Sharpies are 19 feet, 11 3⁄4 inches long, with a planing hull and a single mast and they race with a fully battened mainsail, a jib and a spinnaker.

They are sailed competitively in all six Australian states. The Australian Sharpie National Titles is run as a carnival each year rotating from state to state with the 72nd National Championships held at GRSC, Hartas Productions was on site filming every day and produced three videos during the regatta. Hartas Productions aimed to produce videos that not only showed the close racing of the class, but the on and off water spirit that has made these boats legendary. This was certainly a fun event to film and experience and Hartas Productions is very proud that it was selected as the media partner.