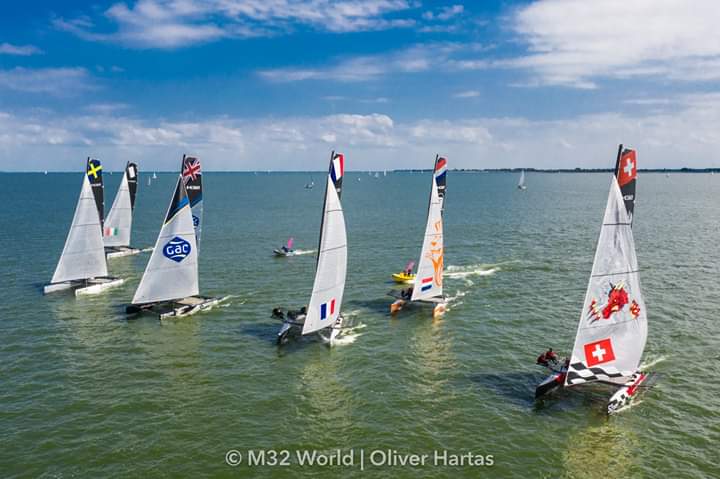 The third stop in this nail-biting M32 European Series was a three-day event in Medemblik, Holland. With great team-spirit and brilliant sailing weather for two of the three days, it was a great atmosphere and an absolutely fantastic regatta.

Xavier Revill of French team Spindrift stole a very close win, followed by British team GAC Pindar in second place, placing Section 16 a near third. So close in fact, that by the end of the second day, the leading four boats were only 2 points apart. A fantastic race, very intense throughout made only more exciting by the incredibly multi-national fleet of teams on the water: the Dutch, French, Swedish, Swiss, New Zealand and British.

The M32 Class is a true Pro-Am Class, meaning that Professional teams such as GAC Pindar and winners Spindrift are racing the very best in Amateur sailing. Among these Owner Driver teams was Richard Davies of Swiss team Section 16 who placed third above other Professional teams, this element makes for extremely interesting racing to follow, and is captivating to watch. 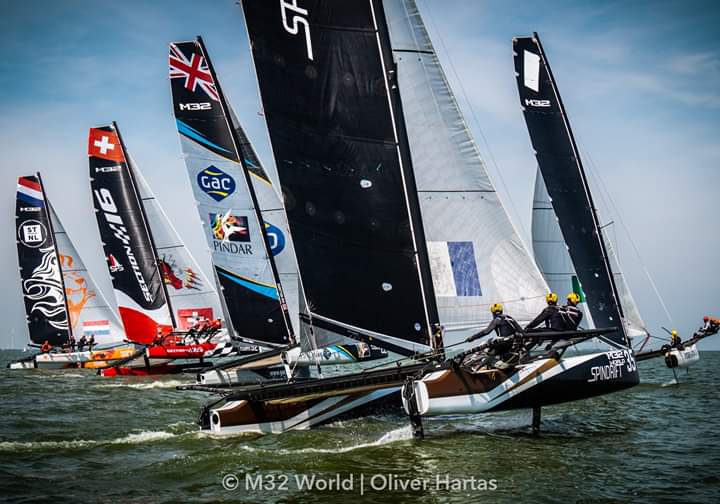 The first two days of racing were fast-paced and exciting, there were six races on each of the first two days, and they remained locked in very close positions throughout. On the third day however things were slowed down when the wind started to drop. Four of the six races ran on the last day, the fifth race was attempted, but when the wind died again it proved futile and the sailors were sent in. Despite this, team spirit remained strong and there was a great atmosphere all week – Six teams completed all three days of racing. The first day started with seven teams, however, one Dutch team pulled out of racing day two to compete in Round Texel, local competition in Holland – which they went on to win!

Overall a fantastic time was had by all who attended, everyone hugely enjoyed the regatta, the team committee was brilliant, the weather, team spirit and healthy competition made for a truly unforgettable event. 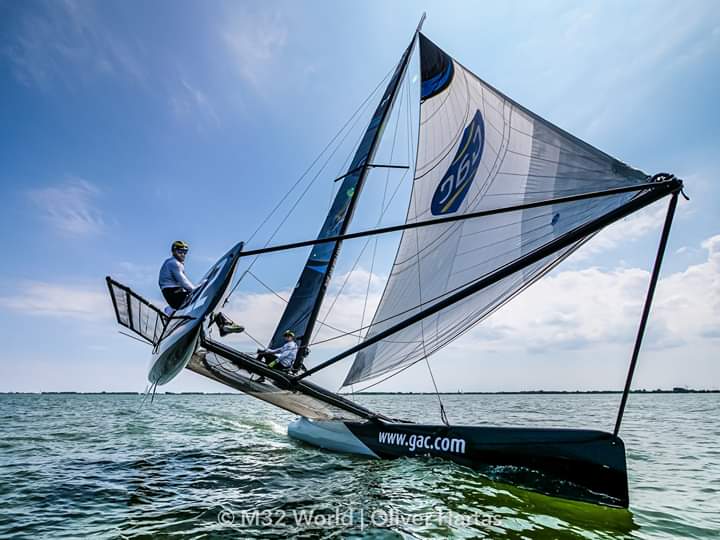 The M32 European Series was an awesome event that we had the opportunity to shoot not only the photography for but also the video production.  We had the incredible privilege of connecting with and working with Live Die Sail, a company from New Zealand who shoots and produces fantastic event coverage. Although they came to cover the New Zealand Team, we really enjoyed going out onto the water together, and are excited to explore working together on future projects.

Being responsible for shooting the official photography for this regatta, and also doing video production made this one of the most challenging projects to date, and as such one of the most rewarding. The feedback was great, and the shots and footage from this project are fantastic and were truly rewarding to capture.

View the video highlights below.